What the Japanese won’t be able to say is that they had jet lag in Mongolia. What they had was the misfortune of facing better-prepared rivals. What promised to be a day one of the Ulaanbaatar Grand Slam with the Japanese anthem on multicast, ended with the debacle of several top favorite Japanese competitors, the rise of IJF representatives, pleasant surprises from Africa and South America and an impressive overall performance from the Mongolian team. When the ingredients are correct, the recipe can’t be wrong. Starting with a devoted public, a modern and welcoming stadium and a few judokas eager to perform at their best level, this first day of competition was of a very high standard, with the distribution of the first Olympic qualification points. At Paris 2024, these points will only count for 50%, but this can already make the difference during the final count. Today was a sports day, a day of friendship and unity around the values ​​of judo. The best won and that’s all that matters.

Everyone was impatiently awaiting the return of Denis Vieru (MDA) to the tatami, as the judo performed by the world bronze medalist is always spectacular and particularly technical. 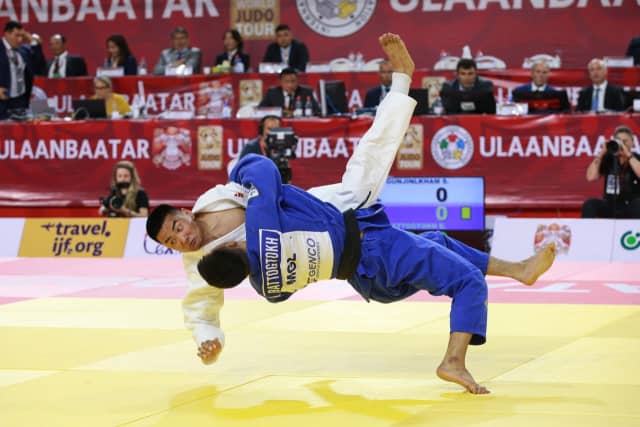 After the first rounds, we could see him struggling in the quarter-finals against Narmandakh Bayanmunkh (MGL) who pushed him to the golden score, where it took a flash of genius for Vieru to win. In the semi-final, Sod-Erdene Gunjinlkham was another great opponent against whom this time Vieru did not find the solution. Eliminated, he found himself in a position to win bronze only. 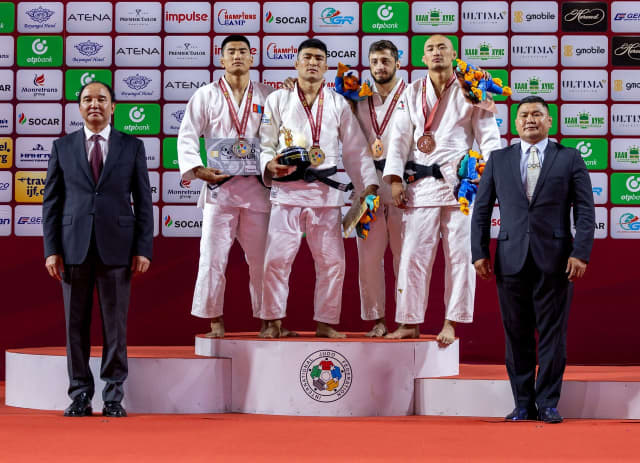 The medal, checks and mascots were presented by Mr. Jargalsaikhan Dorjsuren, Chairman of the State Committee for Physical Culture and Sports in Mongolia and Mr. Tsagaanbaatar Khasbaatar, Olympic bronze medalist and first Mongolian world champion.

The final opposed two Mongolian athletes, Sod-Erdene Gunjinlkham and Erkhembayar Battogtokh, who had previously won against Baruch Shmailov (ISR). This performance of the local athletes perfectly illustrates the very good behavior of the Mongolian delegation in front of their public and in front of the president HE Khaltmaa Battulga, present since the very first minutes of the competition. 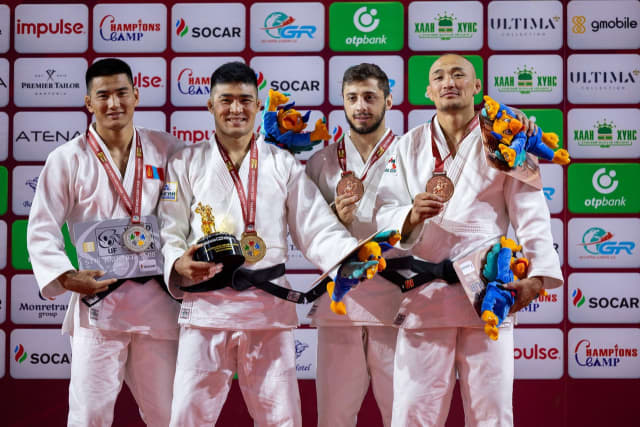 What is guaranteed is that both athletes will climb the world ranking list as Gunjinlkham was number 118 and Battogtokh was number 63. It took Battogtokh just over a minute to produce a ura-nage at the tip technology for a clear ippon. which pleased the whole crowd. Mongolia’s victory was certain, but seeing them live in such style is the icing on the cake, a very tasty cake today for Mongolia. 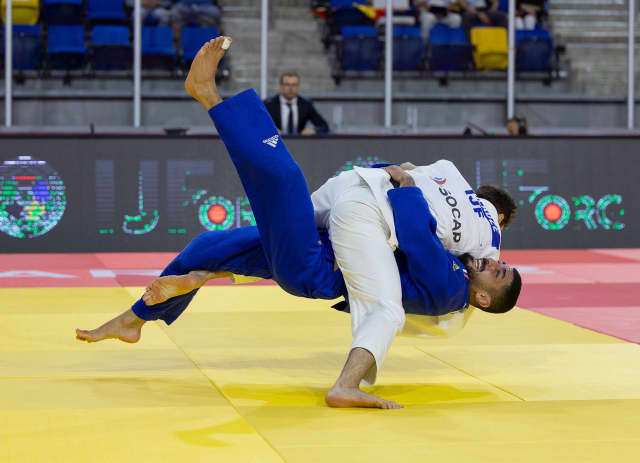 In the first match for a bronze medal, Yago Abuladze (IJF), world champion 2021, faced Walide Khyar (FRA), the only French representative still in the running for a place of honor. 14 seconds was what it took Abuladze to score a massive ippon after a massive ura-nage attempt from Khyar. The latter probably thought he had done the most difficult by sending Abuladze to the ceiling, but he could not really turn under the center of gravity of his opponent, who hooked his leg for a ko-soto-gake and a landing flat. on the back for Khyar. The bronze medal goes to Yago Abuladze. 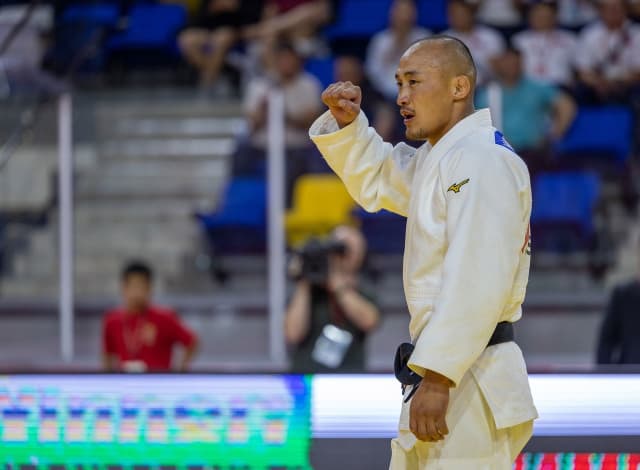 The Paris Olympic qualification will begin in ...