The following five schools were chosen for this pilot project: 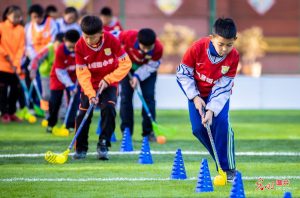 It was an important step in bringing floorball to this region as well and the ceremony was joined by several officials who made this project work: