In the grasslands of Inner Mongolia, ethnic Mongolian women are more confident and live in better conditions while their own cultural characteristics are vigorously promoted.

Combined with rural revitalization and quality education for farmers and herders, local authorities have been actively engaged in the development of traditional Mongolian craft skills, exploring ways for local ethnic minority women to work from home in low season and take advantage of their special technique.

The greatest benefit of the government’s promotion of Mongolian intangible cultural heritage is that it has improved production methods in rural areas that have long been dominated by male labour. Now more women can participate in the economic development and cultural revitalization of their hometown, Bai Jingying, director of the Horqin right-wing Central Banner People’s Congress Standing Committee and leader of the group, told the Global Times. of Mongolian embroidery.

Bai noted that the Mongolian embroidery of the central banner of the right wing of Horqin originated in the royal court of the grassland nobility of the Qing dynasty (1644-1911) and later became part of local folklore, which is deeply rooted in the Inner Mongolia Autonomous Region. 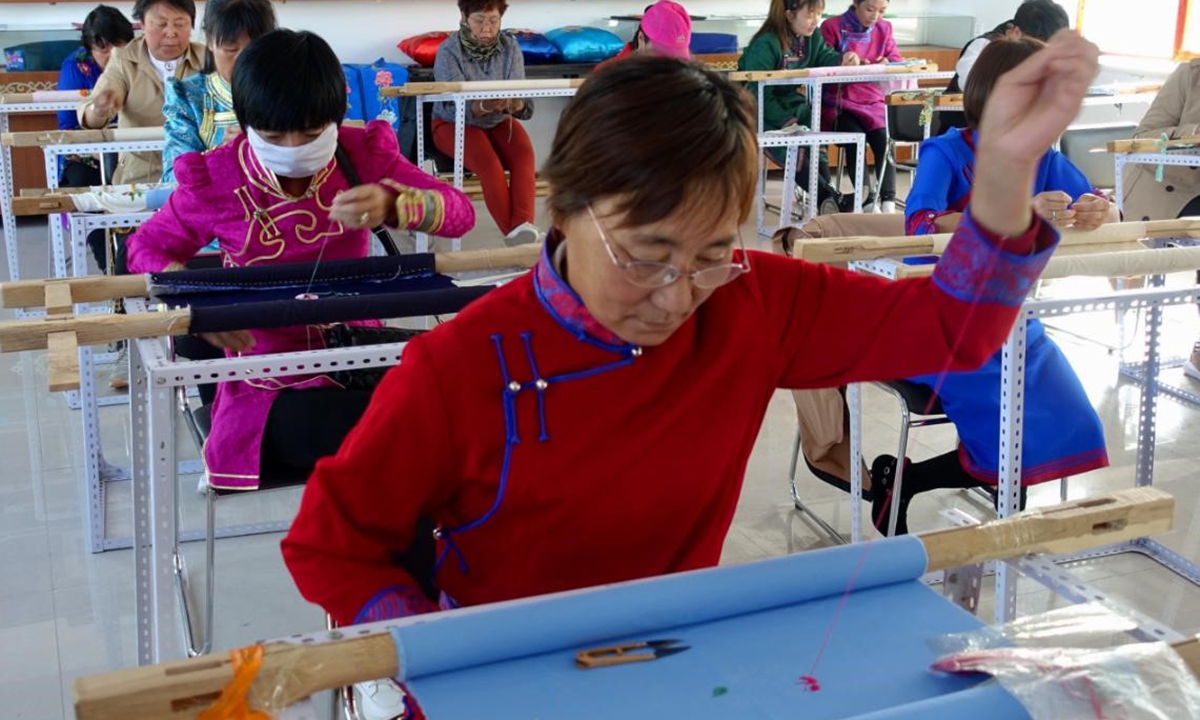 Since 2016, with the support of local authorities, Bai has organized more than 100 Mongolian embroidery classes in 173 villages. 26,000 women were trained in embroidery who then received orders from local businesses to earn some pocket money.

Besides working at home or in workshops, local women also organized their own teams to show off their embroidery skills and ethnic costumes to tourists at various scenic spots during the holidays.

“The promotion of Mongolian embroidery has brought us not only more income, but also better life prospects for the future,” Bai noted.

In Tuquan County, several local women actively participated in traditional paper-cutting art classes at their village cultural center on their days off.

“Tuquan is a county where the Han, Manchu and Mongol ethnic groups live together. Our paper-cut art contains a variety of ethnic symbols that reflect ethnic integration from ancient times to the present day, and our training class also attracted the attention from women of different ethnic backgrounds,” Zhao Rixia, an ethnic Manchurian and heiress of paper-cutting skills from Tuquan County, told the Global Times. Since 2005, she has trained more than 2,000 local women in master this traditional “new trade”.

“Now we share our paper cutting experience and new creative ideas every day. Our lives are more fulfilling, and we take pride in our work and inheriting local ethnic history and culture,” a- she declared.