Kiren Rijiju leaves for Mongolia with the relics of Lord Buddha

Ghaziabad (Uttar Pradesh) [India]June 13 (ANI): Union Minister Kiren Rijiju accompanied by a 25-member delegation left for Mongolia on Sunday from Hindon Air Base in Ghaziabad with four holy relics of Lord Buddha and said that this decision would send a message of peace to the world.

Rijiju will be in Mongolia for an 11-day display of the relics as part of the Mongolian Buddh Purnima celebrations falling on June 14. 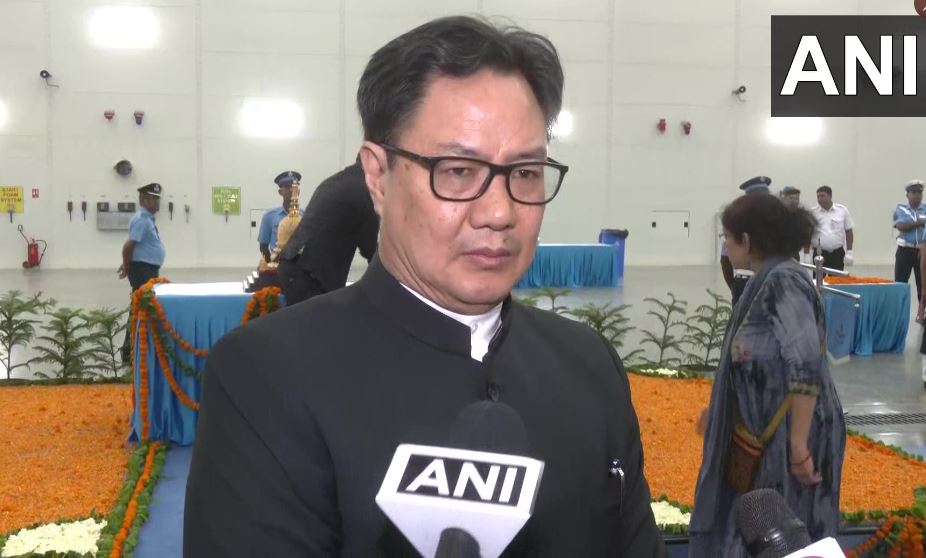 “It will give a message of peace to the world. The friendship between India and Mongolia is very old. After Prime Minister Narendra Modi’s visit to Mongolia in 2015, the ties between the two countries have become very strong,” said said Union Minister Kiren Rijiju.
Recalling the Prime Minister’s visit to Mongolia in 2015, the Union Minister previously said that Prime Minister Modi was the first ever Indian Prime Minister to visit Mongolia, and that bringing the relics to Mongolia is an extension of the Prime Minister’s vision to rekindle relations with countries with which India had cultural and spiritual ties for centuries.
The holy relics will be exhibited at the Batsagaan Temple within the premises of Gandan Monastery. The relics of the Holy Buddha, currently housed in the National Museum, are known as “Kapilvastu Relics” because they come from a site in Bihar first discovered in 1898, believed to be the ancient city of Kapilvastu. (ANI)

Mongolia will take digital development to a ...