Mongolia: how a small landlocked country coped with the pandemic

“The policy of the Mongolian government is now very clear. We’ve been through a lot of tough times and we don’t want to go through that again. And if this virus continues, we must deal with it. We must move forward, not backward. We must reduce the risk of death and reduce the risk of pressure on the health sector.” Amarsaikhan Sainbuyan, Deputy Prime Minister of Mongolia

When the coronavirus was first discovered in China in January 2020, Mongolia was one of the first countries to lock down, close schools and businesses, and cancel public events. On January 31, the border with China was closed and trade stopped. As a landlocked nation, located between Russia and China, Mongolia depends on its two largest neighbors for trade and investment. China alone accounts for 33% of imports, as well as 89.1% of exports. Moreover, more than 60% of Mongolia’s overall economy depends on China. But the border has remained closed for most of the past two years.

Mongolia is often referred to as an “island of democracy”, as it is the only multi-party democracy in the region. With the closure of airports, the country has become a real island, isolated from the world. Foreign direct investment, which normally represents 17.46% of GDP, fell by 35% and tourism approached zero.

As Deputy Prime Minister Sainbuyan Amarsaikhan explained, “This pandemic has been the most serious challenge facing humanity, affecting countries and peoples around the world, despite borders, different religions, cultures and ways of life”. He went on to say that as a political leader, the pandemic was the most difficult issue he had to face.

For a small developing country, which has had democracy only since the 1990s, just after the fall of the Soviet Union, Mongolia had to learn some difficult lessons quickly about democratic governance of a free population, as well than on the management of a market economy. Despite the pandemic, in the past two years the country has held four multi-party elections. Amarsaikhan listed them. “We were able to hold state kural (parliament) elections in June 2020. November 2020 local elections were held in all sums (districts) and sub-districts. Last June, we had the presidential election. We also had a re-election of two seats in the kural.

He commented on the difficulty of holding elections during a pandemic. “We had to go through three or four separate processes for each election because the lockdown was different for everyone. In the 2020 elections, there were no local cases. The election last November was held in total panic as local cases were discovered and there was a risk of spread.

As for covid restrictions, the Deputy Prime Minister said, we have “tried to adopt and implement the most appropriate decisions and measures to combat the pandemic and protect the health and life of its citizens…with the hindsight, we can condemn or criticize the strict quarantine and isolation measures… but in fact the pandemic was new to the world… And, above all, there was no vaccine to prevent infection or reduce complications and mortality. Also, it was unclear which drugs were effective for those infected. And even medical professionals could offer no alternative but to restrict movement.

He further explained that he and other lawmakers face the challenge of fighting the pandemic and saving lives, without violating the rights of citizens. Amarsaikhan said every decision made by the government should “be humane and transparent…. with respect for human rights”. Recently, Mongolia launched new human rights initiatives, becoming the first country in Asia to provide a framework for the protection of human rights defenders.

According to the Amarsaikhan, Mongolia faced unique challenges compared to Western countries. “Special characteristics of our country include the extreme continental climate.” From November to March, the temperature in the capital can drop to -40 degrees Celsius. In the provinces, it can be even colder. About 50% of the population still lives in traditional gers (yurt tent houses) heated with charcoal stoves. As a result, respiratory diseases are rampant, with pneumonia being the second leading cause of death among children.

Amarsaikhan went on to say that “the capital, Ulaanbaatar, is home to more than half of the population.” The high population density increases the threat of contagious diseases. “The population is small. The population of rural areas is dispersed. About 40% of the population are nomadic herders. This reduces their access to hospitals and makes it difficult for health officials to contact them.

According to him, the situation has been further exacerbated by “a large part of the population suffering from underlying health problems”. Although hepatitis is under control and not as widespread as 10 years ago, the disease is still quite common. Additionally, 55% of Mongolians are overweight, while 20% are obese. And obesity is one of the main predictors of the likelihood of death from Covid. On the positive side, the median age in Mongolia is just 28, a demographic age unlikely to die from Covid.

Financially, the Mongolian government simply has less money to work with when it comes to addressing health issues. Under normal conditions, Amarsaikhan said, “There is a big gap between urban and rural development. Infrastructure is underdeveloped. We have poor quality health services and insufficient access to health care. During the pandemic, financial problems have become even more acute. “The economy depends on mining exports.” And with the borders closed, there was no way for the country to make money. Supply chains were disrupted, people lost their jobs and the government faced a health crisis.

International donors sent medicines and equipment. Amarsaikhan expressed his gratitude to “the International Organization for Migration (IOM) and the Red Cross, as well as our neighbors China, Russia and India who produced the vaccines, although they have had their own shortages during this difficult period, especially at the start of vaccinations.When the vaccines arrived, the Mongolian government was faced with the difficult task of building specialized storage facilities, which meet international safety standards, to properly preserve medication. 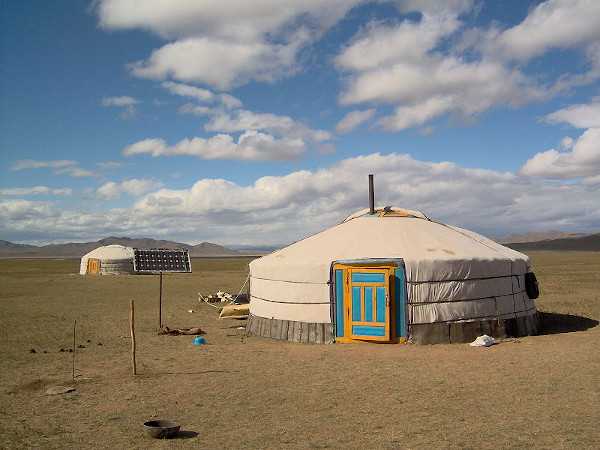 Amarsaikhan explained how when oxygen machines were donated, the government had to figure out how to fit them in ambulances and how to get them to rural areas. “We had to transport and distribute all these ventilators and oxygen. We hired students and involved them, at all levels, and appointed them to the campaign.

Now that the situation seems to be calming down, the government faces a new challenge.

“We plan to revive the economy, with international investors, and support local businesses through different programs, policies and new laws, and promote domestic industry.”

Antonio Graceffo, a Brain Magazine contributor, holds a Ph.D. and also holds a China-MBA from Shanghai Jiaotong University. He works as an economics professor and Chinese economic analyst, writing for various international media. Some of his books include: The Wrestler’s Thesis, Warrior Odyssey, Beyond the Belt and Road: China’s Global Economic Expansion and A Short Course on Chinese Economy.