The four Kapilavastu relics from India brought to the Mongolian capital on a special flight have been on display for 11 days at Ganden Tegchenling Monastery in a bid to strengthen cultural and spiritual ties between the two countries.

The Indian delegation also had a bilateral meeting with the Mongolian president.

“I had a fruitful meeting with the President of Mongolia, HE Ukhnaa Khurelsukh. I conveyed India’s gratitude for its excellent leadership in building very strong Indo-Mongolian relations. He expressed his gratitude to India and Prime Minister @narendramodi Ji for bringing Buddha relics to Mongolia,” Kiran Rijiju said in a tweet today.

Later in the day, a postage stamp on 19 Kushok Bakula Rinpoche was launched by Mongolian President Ukhnaagiin Khurelsukh and Indian Minister of Justice Kiren Rijiju. 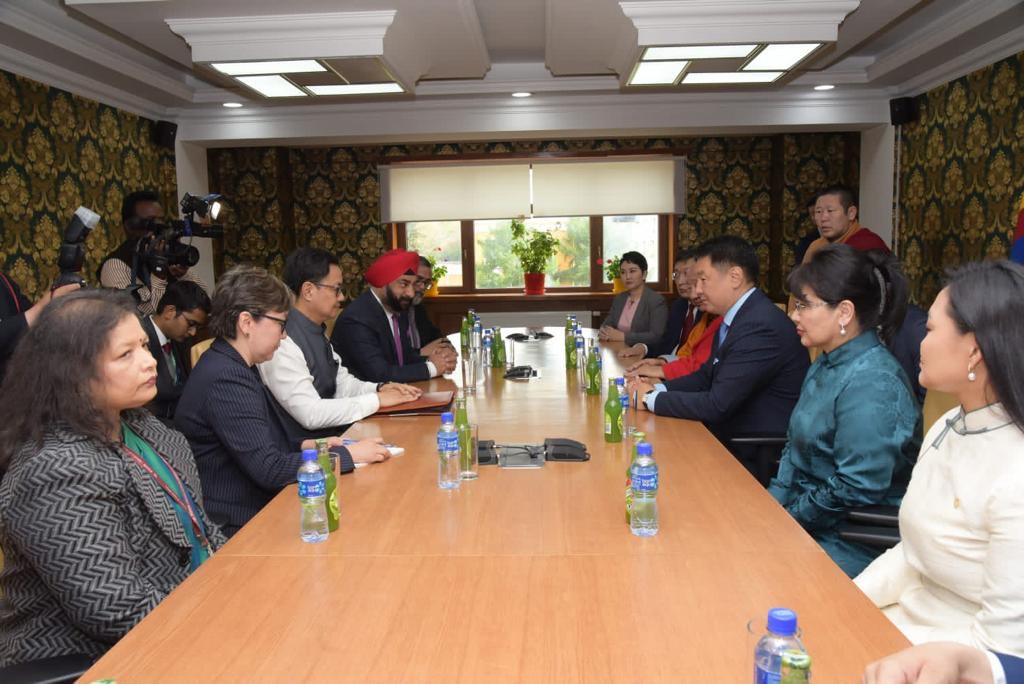 Issued by the Mongolian Post, the stamp is dedicated to the 19th Rinpoche, a Buddhist Lama, who also served as India’s Ambassador to Mongolia.

He is best known for his efforts to revive Buddhism in Mongolia by linking them to the Tibetan exile community in India.

India calls Mongolia its “spiritual neighbour” and cultural ties between the two countries have grown since Prime Minister Narendra Modi’s visit to Mongolia in 2015. (ANI)

This report is generated automatically from the ANI news service. ThePrint declines all responsibility for its content.