Over 120 children’s remains found in jars in Inner Mongolia

In the Inner Mongolia Autonomous Region in northern China, archaeologists have unearthed graves with urn burials – of 128 children! The remains of these 128 children were found near the ruins of an ancient town in Liangcheng County, Ulanqab, which dates to the Han Dynasty (202 BC – 220 AD), according to a statement from the regional research institute. on cultural relics and archaeology, reports the Chinese news agency, Xinhua. This is the first time that so many tiled coffins have been discovered in the county.

Urn Burials – A Need of the Hour

The excavation team unearthed the graves as well as coins, pottery and tiles that were part of an ancient burial practice. During this period of the Han dynasty, children’s bodies were not cremated, and the continued practice of burial with grave goods was still in use since the Neolithic period (from 5000 BC). Interestingly, this would continue until the end of the Ming Dynasty, 1644 AD. Along with the children, several urns were connected to create a sort of protective layer, or “home” for the body.

“We don’t really know why, but it seems people in this area have started using urn burials to bury their dead children. In ancient China, cremation appeared quite late, usually after the Han period. In some places we find cremated burials dating back to the Bronze Age, but in the central plains they usually appear quite late,” said Lam Wen-cheong, assistant professor at the Chinese University of Hong Kong.

The tombs were elaborate and grand, reports South China Morning Post. They were brick chambers filled with objects for the “beyond”. The wealthy decorated their burial spaces with elaborate artwork that showed grand processions of hundreds of people and floats that showed up to pay their respects to the deceased. Some tombs were so grand that they are called “palace tombs”, in reference to the elite who adopted them.

For ordinary people, this end-of-life ritual was probably inaccessible, as small graves also required bricks, which were often unaffordable. “A lot of families couldn’t afford these graves for their family members, especially children,” Lam said. Thus, urn burials became popular and affordable, as well as being culturally appropriate – they would protect the body from the elements of nature and the soul from various demons and spirits. 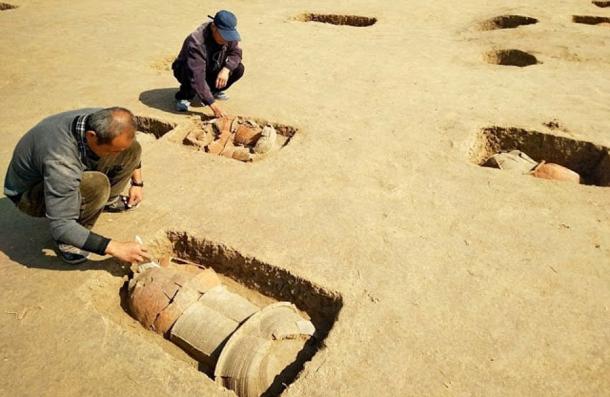 Urn burials have become popular and affordable, as well as being culturally appropriate. These are urn burials found near Fudi Ancient Town, Huanghua, Hebei Province (North China) in 2016. ( Xinhua/Yang Shiyao/TANN )

Burial and Burial Customs in China

Historically, one of the problems with these burial practices is that they document the lives of the elite – the wealthy and powerful few. The life of the majority is not documented or recorded, and the customary practices of the lower classes are not available for historical reconstruction. There are also problems with burials, especially those of the Han dynasty, victims of grave robberies by gangs of grave robbers.

In Chinese tradition, the proper conduct of the burial ceremony has always been a matter of great cultural and spiritual pride. It was also important to be conducted appropriately as an elaborate funeral would give the spirit in the afterlife, as well as the mourners, a clear idea of ​​the rank and importance of the deceased. They believed that the separation of the spirit from the body caused fear and confusion of the new spirit, so support was needed.

The ease of passage would help ensure that the spirit did not become “evil” and return to haunt the living. Grave goods were seen as part of this process, to provide food, sustenance, and continued social status in the world to come.

Urn burials outside of China

Urn burials are not native to China and have been employed by many civilizations. After the corpses are cremated, many cultures believe in preserving the ashes of the deceased. This practice has been observed from ancient China to Bronze Age central Europe, Greece, England and many pre-Columbian cultures in South America.

In 2012, scientists from the southern Indian state of Tamil Nadu discovered urn burials dating from 1800 to 1500 BC, long before the discovery in Inner Mongolia. In July, scientists in Budapest, Hungary, unveiled urns dating from 2200 BC to 1450 BC that appear to have stored cremated remains, the same report points out in the South China Morning Post . 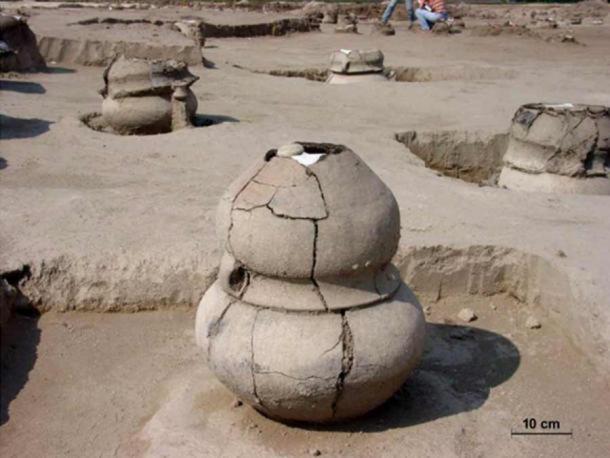 There are of course varied designs and differentiation between urns from different cultures. The essence, however, remains the same. Today, it is becoming increasingly popular all over the world to cremate the dead and then store their ashes in biodegradable urns, which slowly break down in the environment.