Suited for the desert: This yurt-style KFC has opened in Inner Mongolia

Haidilao (海底捞) made the announcement late Friday through a social media post, saying the company would gradually close about 300 of its stores. Restaurants that should be closed are those with relatively low customer traffic and below-expected business performance.

Although the stores will be closed before December 31 this year, some of them will potentially reopen at a later date after the reorganization. The company also said it will not be laying off staff at this time.

It’s been more than 25 years since Zhang Yong, the owner of Haidilao, opened his first hot pot restaurant in Jianyang, Sichuan, with a mere investment of 10,000 yuan ($1,470). It later became the dominant hot pot chain in the country.

Hot pot restaurants, where fresh meat and vegetables are cooked at the table in simmering broth, are extremely common throughout China. But Zhang Yong has chosen to market Haidilao and its authentic Sichuan hot pot with an innovative strategy: high-service, high-tech and high-quality. 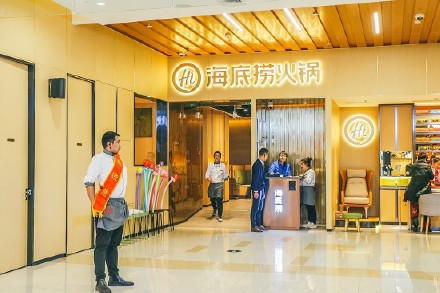 The restaurant is known for offering its customers a free manicure as well as snacks and drinks while waiting for a table. Staff are fully trained to provide the best customer service, and Haidilao has introduced new concepts over the years to enhance the customer experience. People dining alone, for example, will receive a teddy bear to join them. The restaurant has also introduced robot servers and is known for its noodle dancers and staff singing birthday songs whenever there is a birthday party. 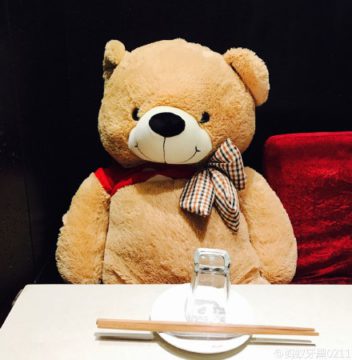 Want a bear to join you for a fondue? Haidilao takes care of you.

Due to the Covid19 crisis and lockdowns, Haidilao closed its doors at the end of January 2020. In mid-March, it began to gradually reopen some of its locations, although they initially offered fewer seats and introduced a increased distance between dining tables, which were allowed to have no more than three guests.

Due to the restaurant’s limited tables and rising labor costs, its menu prices have risen, much to the dismay of many netizens, who already thought prices in Haidilao were high before the pandemic.

In October this year, the story of a Haidilao customer in Zhengzhou discovering that the 200 grams of tripe he ordered for 72 RMB ($11) was actually just 138 grams also went viral on Weibo, sparking discussion about Haidilao menu prices.

Titles that matter. “Next time I bring my scale to Haidilao”: 260 million views (!) on Weibo today for the hashtag of a customer of the Haidilao hotpot chain in Zhengzhou discovering that the 200 gr of tripe that he ordered for 72 rmb ($11) was actually only 138gr. 😂🤯 pic.twitter.com/Yl0Y8qPzIE

As news of Haidilao closing so many of its stores drew more than 260 million views on Friday night, many commentators agreed the company should scale back. “The more stores you open, the less you focus on service, the newly opened store environment is not up to par, while prices are only rising,” one person wrote on Weibo.

“They don’t make enough money, when their prices were already reduced, and I still can’t afford to eat there,” another commenter wrote.

Others also wondered how Haidilao could pretend he wouldn’t lay off his staff while closing so many stores. “Does that basically mean they’ll be waiting for them to go away on their own?”

“When there is a pandemic, there is bound to be bad luck [in business]“, another commenter writes: “There is really not much to do about it. ”

Spotted an error or want to add something? Let us know in the comments below or send us an email. If you are commenting for the first time, please wait; we will need to manually approve your comment before it appears.

©2021 WhatsonWeibo. All rights reserved. Do not reproduce our content without permission – you can contact us at [email protected]